As we all know Merle French Bulldog are very popular due to their playful nature. Also, the small size of these cute dogs makes people fall in love with them. They are known as merle French bulldog because these French bulldogs’ skin coat contains a merle pattern. Sometimes they also have blue eyes that make them look stunning. Their unique appearance, rarity, and expensive price tag have made people crazy about this dog, which is why many people are talking about this dog. So, let’s discuss in detail about these dogs. 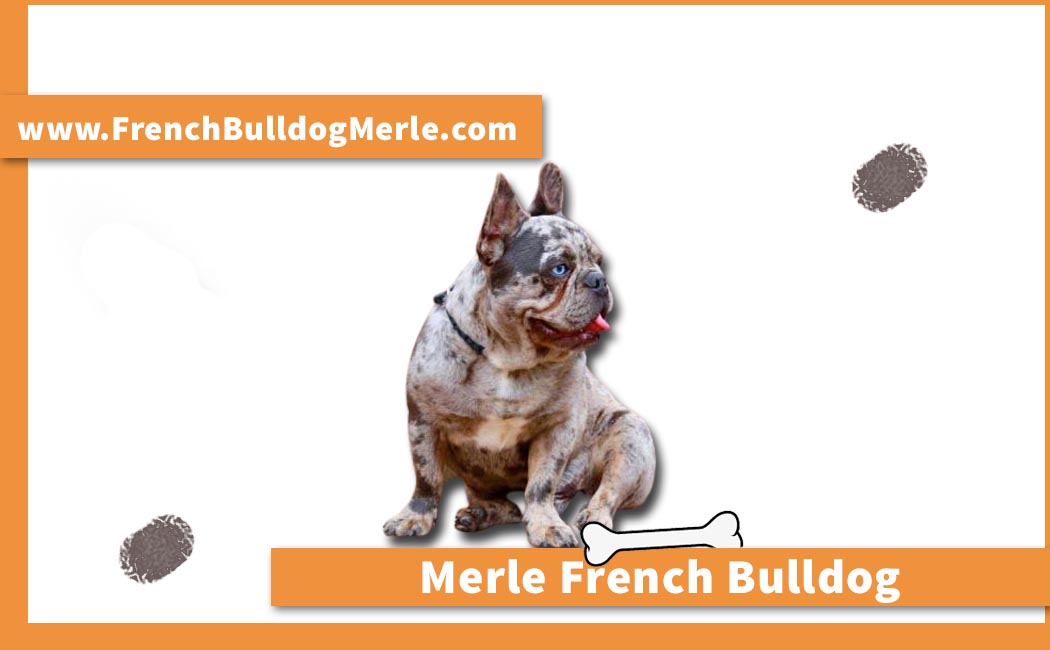 A merle French bulldog has a merle pattern (different patches and stripes) on its skin, while the other one has a solid color coat. That’s the one major difference; you can easily identify this dog by looking at its skin coat. Merle is a genetic condition that results in different coat patterns. Moreover, a merle French bulldog can have blue eyes while the regular one has brown eyes. This genetic condition mainly affects the coat; however, it can also affect these dogs’ eyes, which can make these dogs’ eyes color light blue.

Can These Dogs be Double Merle?

How is a Merle French Bulldog Born?

Does AKC (American Kennel Club) Recognize this Breed and Color? Can You Register these Dogs With AKC?

The merle color is not considered as a standard color among these dogs because purebred French bulldogs don’t have a merle color coat. That’s the reason AKC also doesn’t consider the merle as a standard color of this breed. However, AKC still recognizes this dog. If you have one of these dogs, you can register it with AKC by following a standard procedure. For this purpose, take a registration form of AKC. Take pictures of your merle French bulldog from front and sides. Write the registration number and the name of your dog on the backside of the picture. You can find the registration number printed on the form. Now, fill up the entire form with the required details and mail it to the address mentioned at the top of the form.

Yes, they are rare because either both French bulldog parents should have a merle pattern on their skin, or you may need a different merle breed dog to give birth to these dogs. It’s not easy to find a reputable breeder for this dog. You’ll have to do proper research, may have to get reviews about breeders from people, then you may find a reputable breeder that can provide you this dog. Once you have finalized the breeder, don’t forget to ask for a DNA test of the dog and a quick vet examination.

The rare skin pattern comes at a higher price. This pattern is not natural, rare, and makes these dogs look different from others. That’s the reason breeders charge a high price for the merle color. Do you want to know the merle French bulldog price? We can’t tell the exact price, as it differs from breeder to breeder. The difference is huge, as the regular French bulldogs can cost around $1500-$3000, but the merle ones can cost around $6000-$8000.

Along with the higher price, the maintenance is also expensive. Why is it expensive to take care of merle French bulldogs? Because you may have to take them to a veterinarian more due to genetic composition. That’s why keep in mind if you have a plan to adopt this dog, you need a higher budget as compared to adopting a regular French bulldog.

These Dogs Can have Several Health Issues

Suppose the newborn is double merle due to both merle parents. In that case, there are approximately 86% chances that the litter can be deaf, blind, or can have color dilution alopecia as there are only 25% chances of giving birth to double merle. That’s why we will only discuss the health problems of a merle French bulldog. Let’s discuss the possible health problems that can occur in this dog are. 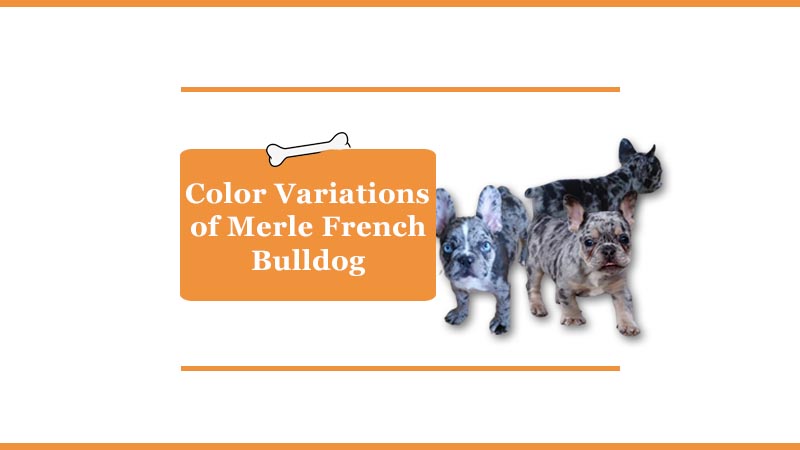 On average, they live 9-12 years. However, they are prone to many health problems which can affect their lifespan. If you want that your merle Frenchie live a healthy and good life, visit a veterinarian frequently to keep a good check on its health. Feed a good diet, and follow this guide to increase lifespan; that’s how you can make your pup live a healthy life for a long time. 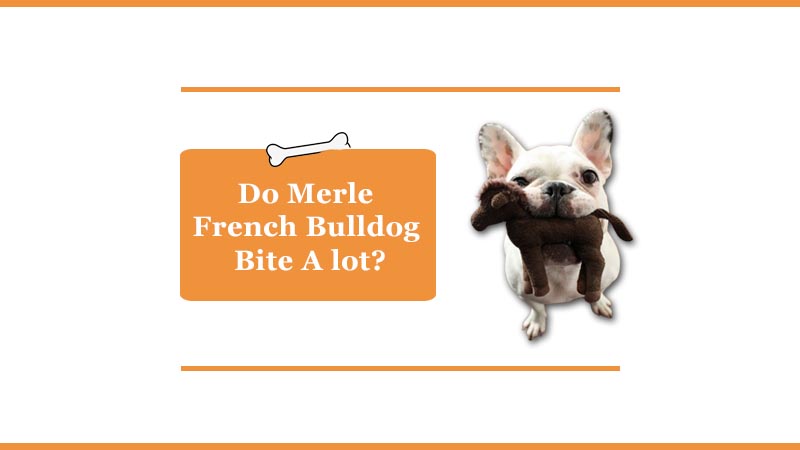 Yes, but only as a puppy, it’s not just the merle, but all the French bulldog puppies bite a lot. However, they get rid of this habit as they grow-up because they are not an aggressive breed. Biting is the part of their teething and play.

Is it Ethical to Buy A Merle French Bulldog?

It’s a long debate, and everyone has his own opinion. Those who say it is ethical to buy these dogs say that this cute little dog will have to spend its life in the animal shelter if you don’t buy this dog. These dogs have no-fault; even they have equal rights that families adopt them and make them part of their family.

On the other hand, those who say it is unethical to adopt this dog say that buying this dog will flourish the business of breeders who are continuously breeding them. They are against it because these dogs tend to have many health problems, and they have to live their life in pain.

Both have their own logic; we are not against any of them. It’s totally up to you and the way you think. If you want to adopt merle Frenchie, you have a complete right to adopt it, and nobody is stopping you. However, keep yourself prepared, as these dogs can have several health problems. Make sure to buy it from a good and reputable breeder.